A Portal to the World of Data: The Flocktory Omnichannel Platform Rebranded

The Flocktory platform has completely changed its corporate identity, from its logo to its website, in collaboration with the Catzwolf agency. During its 10 years of existence, the business processes and philosophy of the company have changed. The service team told Sostav how they succeeded in showing that real people were behind big data, and what metaphors were embedded in their new positioning.

When the company was founded, everything moved so quickly that the logo and name were developed literally within a few days. At that time, they fully reflected the business idea. 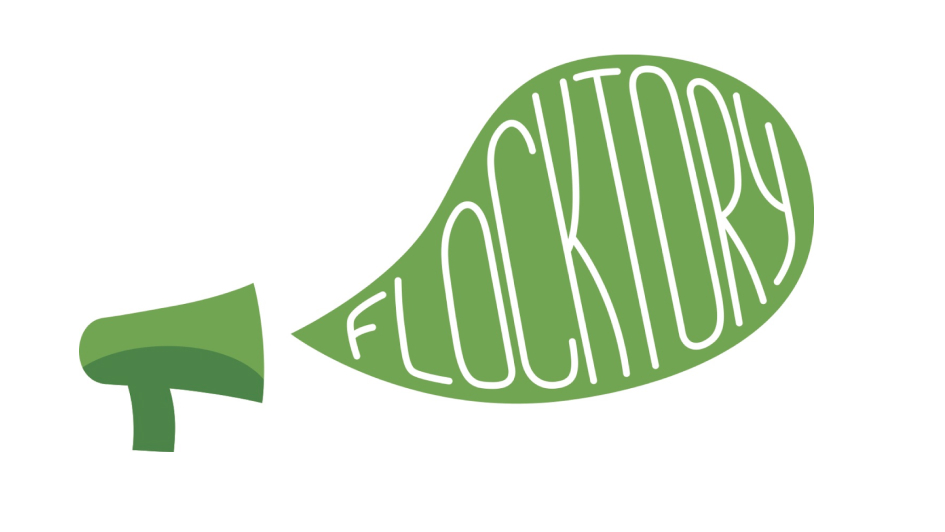 As time went on, we became a fast-growing technology startup with huge potential. Within a short period we expanded the range of our products from a referral program to complex solutions for personalisation, marketing automation, working with first-party data, expanding the capabilities of the Performance solution, and CRM tasks. And we don’t plan to stop there.

Following the development of our business, its external renewal naturally had to take place to maintain consistency of perceptions, and correspond to the spirit of the times. Plus, our vision of the company had already existed outside the idea of a megaphone for quite some time. The issue of rebranding has been brewing for several years, and despite the fact that this wasn’t the easiest moment, we decided to resolve this issue right now.

The rebranding of an IT company in the B2B segment cannot be transformed into art without losing its meaning. That’s what I was once told at a well-known branding agency. I would argue against this idea; if you’re deeply involved in a business, you have to activate your imagination, and understand that everything is possible.

Initially, we had two paths.

We could not have known when or how to set out on the second path if it were not for our main art addict, CMO Yulia Isyuk. Yulia, together with the team, rethought the business in its new configuration, and they were able to see and, more importantly, show what we were as a team, a product, and a company, and how much meaning, beauty, and aesthetics were contained within this.

Branding is based on a concept. Our products were developing, the team was growing, getting bigger and changing; this led to the emergence of new meanings for our business.

For ourselves, we have combined them into three large ‘blocks’: relevance, sustainability, and efficiency.

We supplemented the blocks with visual techniques, and developed a conceptual duo to achieve visual and semantic integrity.

Multilayeredness. Flocktory consists of many layers — products, processes, people, services, results and so on.

Metamorphism. Flocktory is all about movement and change. We don’t stand still; we move forward every day and optimise campaigns for partners: we conduct A/B and MVT tests, and introduce new solutions.

Transparency.Our business is transparent in everything: reporting, working with data (in strict compliance with Federal Law 152), processes, results, costs, relationships within departments and the company and so on, because there can be no strong relationships without honesty and trust.

The next step was to determine the states of the chosen meanings and techniques. For us, that meant both a dynamic and a static state.

On the one hand, we occupy a strong position in the market; we stand firmly on our feet, our products demonstrate steady results, and our team are experts in what they do. On the other hand, we are constantly on the move, creating new things, testing improvements, and optimising our approach, because without development, a company stagnates; it then ceases to be relevant and needed.

But what unites these meanings, techniques and states, what turns them into Flocktory? The core of the company, its main value and what makes us Flocktory are our people. Our team, partners, and users.

Having gone from meanings to a unifying element, we had to ask ourselves: who we really were, not in terms of positioning, but in terms of essence.

We concluded that the essence of Flocktory was its ability to see the real people behind contracts, processes, monitors, zeros and data units. Flocktory is an infinite number of users and portraits, the approach to which we create from data every day.

It was this idea that became the basis of the rebranding, and provided the inspiration for a strong main element that fully reflected the essence of the business — a user portrait created from data.

To implement the idea, we needed to understand what kind of data could be used to make a portrait, and we also had to decide how to show that it was not static, but was instead constantly being supplemented and updated; in other words, it was generative.

Let’s start with the data as the basis of the portrait. This is represented in its most basic form, as 0 and 1 — a binary code and a pixel, the smallest indivisible element. But today, data also exists in more complex forms and mathematical models. We live in a world of neural networks and AI, which our company also uses in its work.

We concluded that there should be several portraits. This would make it possible to draw attention once again to the huge number of very different users we have, and show the evolution of data organisation forms from the simplest to the most complex — today’s data. 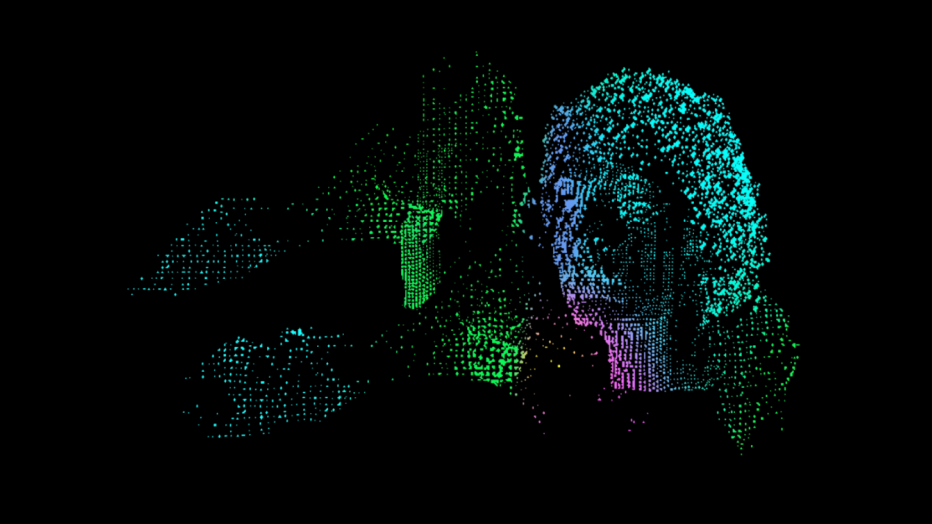 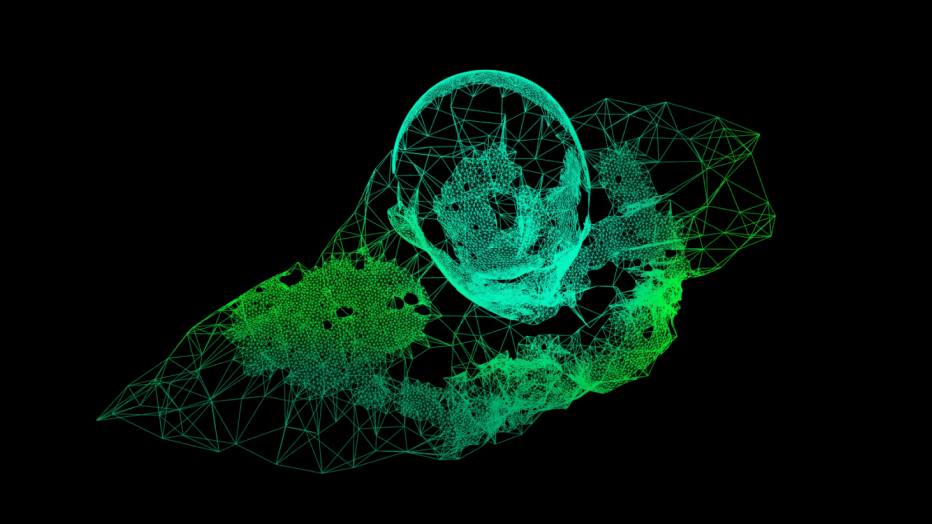 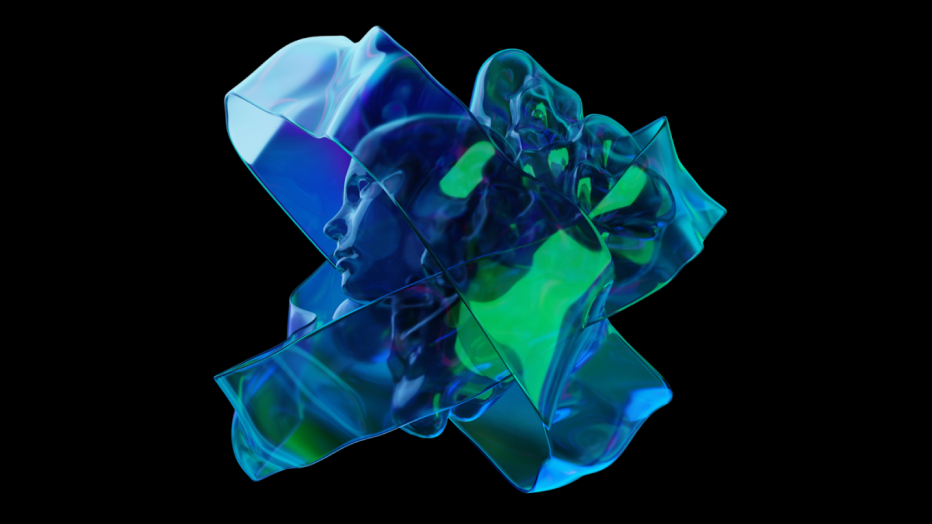 The portrait exists in a frame, because the data is always contained within the model or parameters. For us, the conditional frame was the name in a new style and with a new message. We depicted the dynamic element as a circle, and the static one as a square. These elements were integrated into the two O’s of the company’s name. 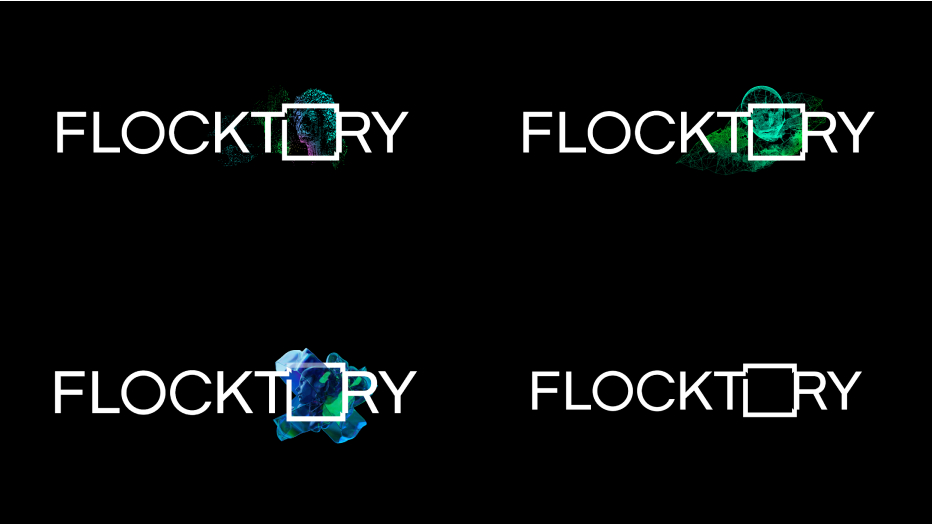 The first “O” represented development, and the second literally became a frame, a portal to the world of data, technology and the Flocktory service.

The result we have achieved really reflects the essence of the company, corresponds to the spirit of the times and, something which is very important for us, the whole team likes its stylish, concise implementation. We managed to instil the right message in the logo, and at the same time we allowed ourselves to make several different equal versions under one semantic umbrella. Now we look exactly the way we feel.

Let us show you how we moved from a megaphone to our new concept with portraits created from data.

In our B2B segment, the main channel for attraction is direct sales, so the website is most often of secondary importance. But when a company grows, so does the number of partners, products and solutions it develops.

A website that is no longer relevant in many ways can interfere in certain situations. Potential partners expect to see clearly stated opportunities and the solutions offered by the company. They associate the design and content with the competence of our team, so it was simply impossible to postpone these changes.

The new Flocktory website deserves its own story, at least for us. But in short: 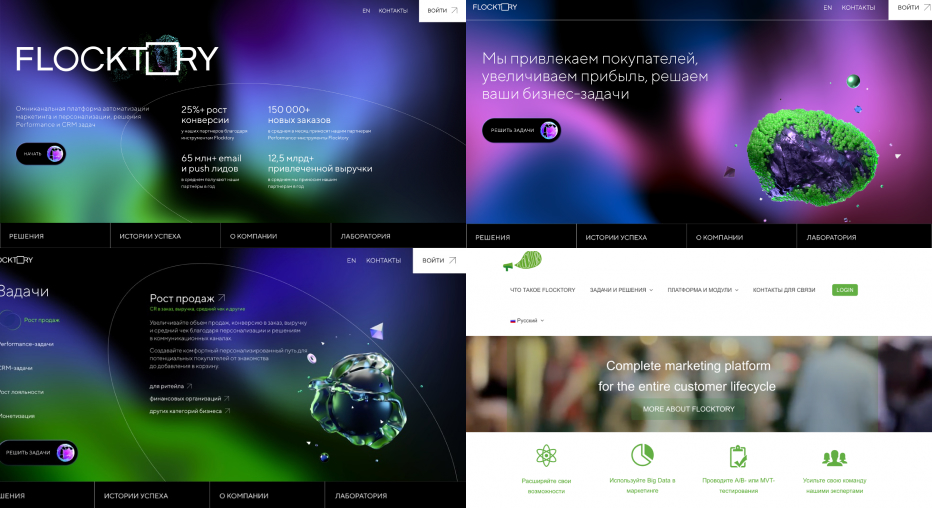 Right now you can see the first release, and in early autumn, new sections and a new reading of our solutions will appear on the website.